Folk music coming out of New Zealand is not an uncommon thing, but Christchurch duo (occasional quartet) Wet Wings offers all this with a beautifully haunting tone. Their debut EP, Soil To Skin, which the duo chose to release on cassette for reasons more obvious than most would think, is full of tales and ambient sounds from their town of residence.  Key members Darian and Lucy have dried off their wings to make the journey to Melbourne for a series of shows in January supporting Soil To Skin. 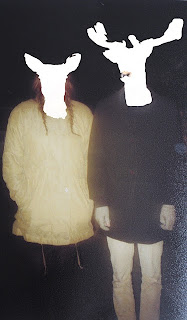 Paper-Deer's Charles D. Roper talks to both Darian and Lucy about the importance of song writing, earthquakes in Christchurch and counterfeit Luna Park vouchers.
How would you describe your sound?
Darian: Lucy says 'folk' but then gets Peter, Paul and Mary comparisons from her family.
Where did the name Wet Wings come from?
Darian: I sent Lucy a bunch of bird-related potential band names for her to choose from. Other options included Slimy Nest and Eternal Beak.
You perform as both a two-piece and a four-piece. Are there particular songs that require a larger band or do you adapt the songs depending on how many members are performing?
Darian: Loops and subtle samples are easier with a two-piece. To stay in time it's best to not be too distracted by many other instruments. Other songs are just straight pop hits which seem better with a band.
What made you decide to release Soil To Skin on cassette?
Darian: I heard it's smaller and more portable than records. Also, they don't get scratched.
The recording of Soil To Skin took place while the city of Christchurch was experiencing 7.1-magnitude earthquakes. What part did this play in the overall recording of the EP?
Lucy: We had time off university because the library was messy and Darian was evacuated from his house temporarily because a three-tonne chimney fell down, so he stayed at my flat. He brought his computer and mixed for a week straight. The library is still shut.
You mentioned the use of various other field recordings from the area. Is the ambience an important part of your sound?
Darian: Yes, but not the most important part. I don't think anyone can rely on ambience to cover up bad songwriting or cringe-worthy lyrics.
What would you say to convince someone to purchase one of your nifty cassettes?
Darian: If you want to buy one, go ahead. We brought our three remaining cassettes to Melbourne.
You’re playing around Melbourne during January.  Were there any things you were hoping to do around town besides playing shows?
Lucy: Luna Park is the number one priority. Darian made me a voucher for Christmas that said, "ONE FREE PASS TO LUNA PARK", and my brother thought it was real.
Most embarrassing story about the band?
Lucy: Most gigs where we screw up. I usually give Darian scathing looks which adds to the whole performance. 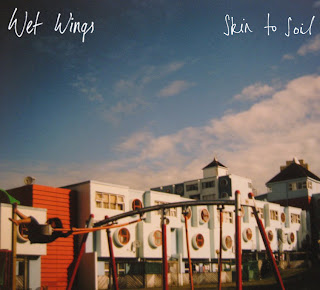