Chances are that if you're a musician in Melbourne, you have at some point or another trawled through the advertisements on Melband to sell that unused distortion pedal or to find a band to fill a support slot after a last minute pull-out.

Paper-Deer met up with Geoff Mison to talk about the successful Melbourne community site and his other business, Pony Music.

Tell us about how you got into the music industry.
I played my first gig at the age of 16 in Canada while on student exchange. We used to skip music class at the end of the day and jam in a friend’s basement instead. I did a week’s work experience at Mackin’s Drumshop and ended up getting a weekend job there during school and when I studied audio engineering. While I played in bands, I hung out at gigs loading in, doing lights, and learning from the audio guys. I did a few weeks of work experience at Metropolis Studios before landing a job at Regency Recordings as a mastering engineer. After six years at Regency, I opened Pony Music in 1997 with a bunch of ideas and no money.  Melband came about soon after when I couldn’t find any information on Melbourne music anywhere on the internet.
What job title do you go by, and what exactly do you do at Melband?
The Boss… Only because I couldn’t think of another title and a few members were calling me that at the time so it stuck. I suppose I basically facilitate the site these days and try and keep the peace.
What exactly is Melband, and why do you think it is so successful in the Melbourne music scene?
It was essentially designed as a directory listing of all things music in Melbourne and has since grown into a more forum based site with musicians networking with other musicians, sharing tips and knowledge and posting adverts. Many similar sites have come and gone over the years but for some reason Melband has stuck it out and continues to grow.
Lots of local bands have sold old equipment, found bands to play with or joined bands through Melband. How does it feel to know that your website has had such an impact on the local scene?
It’s always a good feeling to speak to someone who has joined a band or got a gig or whatever through the site. I have even employed people through the site myself. It’s nice to open the gig guide of a local street press magazine and see how many bands are out there playing and are involved with the site in some way or another.
Any big Melband plans for 2011?
2011 will see a new site being launched (www.ausband.com.au) incorporating all the good stuff from Melband while adding sections for users Australia-wide. It will incorporate a searchable database with a modern look plus all the trimmings: profile pages, audio and video sharing capabilities and a bigger focus on music tips and information along with artist interviews, gear reviews, news and more.
Apart from Melband, you also run Pony Music. How did Pony get started?
I started Pony Music on a shoestring budget in 1997 and have since moved three times to larger buildings before settling into our current complex in 2007. What started out with just me and two rehearsal rooms has grown into a killer recording studio, six rehearsal studios, production and lighting hire, repairs, tuition and a music store in Hallam, as well as a second location in Rowville which has five rehearsal studios.  Pony Music was incorporated in 2005 with the addition of a business partner (Damien Young) and we now employ 10 staff and numerous production casuals.
Any hints for young bands on how to make the most of their time in the studio?
Practice, but make sure you’re practicing right. Playing to a click track with a band years ago really opened my eyes to how out of time we all were. Demo your songs at home or in the rehearsal studio and get them to a point you are ready to record them properly before laying out your cash for a studio. Record the least amount of songs for your budget. It’s no use recording an album-worth of songs in two days and having them sound sub-par due to poor performances or not enough time to setup or mix properly. A kickass sounding single will get you more attention than a mediocre sounding EP or album.
Any advice for young kids interested in getting into the industry?
Get off your ass and get out there! We receive hundreds of resumes from people “wanting a job” but they’ve got no experience. The last two people we have employed hounded us for months for work experience before we got them in and have become a real asset to the business. If you are interested in recording, buy a microphone and interface, record everything you can. If you are want to do live sound, go to gigs and hang around with the engineers. If you are young then join the local Freeza group and become involved with putting on their shows. There is a lot you can do to get out there, just don’t wait for it to come to you! Do it for the love, don’t expect to make any money! 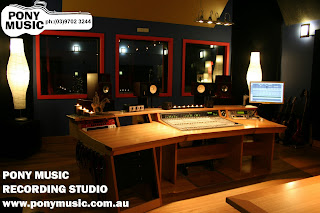