"I don’t know any writers, poets or musicians that don’t love a decent martini at the end of a long day! Following the muse, reading rejection letters, editing and cutting, hustling, seeking funding, fighting the good fight – it’s all very thirsty work, don’t you think?"


Those are the words of Salena Godden, aka General Godden, and the sentiments that came up with the idea of London's The Book Club Boutique. Salena, along with her troupe of creatives with a strong love of the bottle, put together literary events combining live music, poetry, writers, costumes, themes, alcohol and just general craziness. The Book Club Boutique Band are the resident musicians who play the soundtrack to these delightfully intelligent, alluring and debaucherous affairs. If there were any leftover doubts that literary events were stuffy, one second at these sex-up gigs will change your mind.
And, all the way from London, the BCB Band has come down to Australia to play with the local BCB Band. Lock up your book worm daughters, Melbourne... 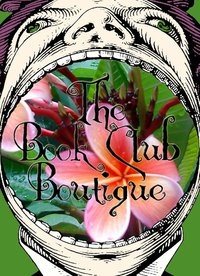 Paper-Deer chatted to Salena (curator, producer, author, poet, singer, songwriter and raconteur) and "Major Max" Doray (BCB co-producer, bass player, songwriter and band leader) about the good things in life. In other words, a good cocktail, literature and music.
The Book Club Boutique is such a fresh and unique idea. Can you explain it in a nutshell?
Sal: The Book Club Boutique was founded in 2009 at the suggestion of the legendary cocktail extraordinaire Dick Bradsell at Dick’s Bar. The BCB began life there, with a weekly gathering of writers and musicians, trying out new work, fuelled on espresso martini in a tiny but cosy basement bar. The BCB motto is books, booze and boogie-woogie. We're all about great writing, good drinking and brilliant music.
How do the poets, writers and bands tie together the literature and music worlds?
Sal: Alcohol helps! But seriously, instead of separating spoken word gigs, live music, book launches and book clubs, we throw them all in together. Poetry, short stories, music, classical orchestra, singer-songwriters, magician, comedy, burlesque... It’s all about the themes really. We’ve just created something that people want to be members of!
Paper-Deer has heard that every BCB event is themed, and we’re just a little bit fond of themes. What kinds of themes have your run in the past?
Sal: Back in London, there are different themes for each event, for example: Thinkers and Drinkers, which was philosophy vs. literature. It was a very “thinky” start to the evening which turned into a very “drinky” night. Bukowski and the use of absinthe was key at this event! Our three erotica parties were also very popular. Lush! was an all-women erotic lit event, Rush! an all-male erotic lit party and Blush!, an erotic literary event for Valentine’s Day where people had to read and divulge secret and embarrassing encounters. Authors, songwriters and poets not only have to invent costumes but also write something brand new for each gig, so it keeps us on our toes!
Max: We also had a Guy Fawkes night celebration that was attending by many anarchists in masks and black cloaks, and a Sweeny Todd night with Salena as Mrs Lovett and me, sporting my favourite moustache, as Sweeny Todd. We also had the Burlesque night to raise money for breast cancer awareness featured people wearing not much at all.
How did the Australian version of The Book Club Boutique get started?
Max: In 2009, Patty Bom and Melania Jack of Shiny Shiny came to the UK and played the summer festival circuit as part of the Book Club Boutique Band. We spent the summer travelling in their big blue van, living on vegan food and causing havoc wherever we went. I say “we” but the havoc is mostly down to Salena. They’re based here in Australia, and we couldn’t resist the idea of coming to their territory for a summer of Books, Booze, and Boogie-Woogie. It is what we do best.
Sal: I love the way I get blamed for havoc. Major Max is the one that remembers stuff that’s all…
What has it been like, performing in Australia with the local BCB?
Sal: We have found some wicked people along the way, and we’ve been telling people back home to check our website to meet our new friends. So far we have loved meeting Jane Treasure, David Hallett, Christine Strellen, Rhys Rogers, Stefanie Petrik, Rosie Sherwood and Daevid Allen (from Gong fame). I loved the stunning music and poetry of Ilona Harker. And of course the tremendous Hussy Hicks blew our minds. Last week The Book Club Boutique Band were in ULive Studios (near Byron Bay) collaborating and working on tracks with Hussy Hicks. We are really look forward to sharing and releasing these recordings with everyone soon!

BCB’s ringmaster, leader, producer and host Salena Godden works for literary charity The First Story Charity. Does BCB itself do anything for charity?
Max: Our latest residency is at QSoho, based at the House of St Barnabas (http://www.hosb.org.uk/), which is a charity that helps homeless people develop life skills. We donate a portion of the proceeds from each event to the charity.
UPCOMING SHOWS:
LINKS:
By Paige X. Cho
Posted by Paige X. Cho at 5:37 AM